The Company’s focus area in the UK sector of the North Sea is the Mid North Sea High (MNSH). Over the past 6 years, the Company assembled a contiguous license position approximating 600,000 acres in the heart of the MNSH carbonate platform. Promoted by the UK government as a premier exploration area, the Company’s license positions are surrounded by other major and large independent oil companies. The Company is the primary working interest owner and operator of its petroleum licenses.

Watch a Video Summary of the United Kingdom Project Above 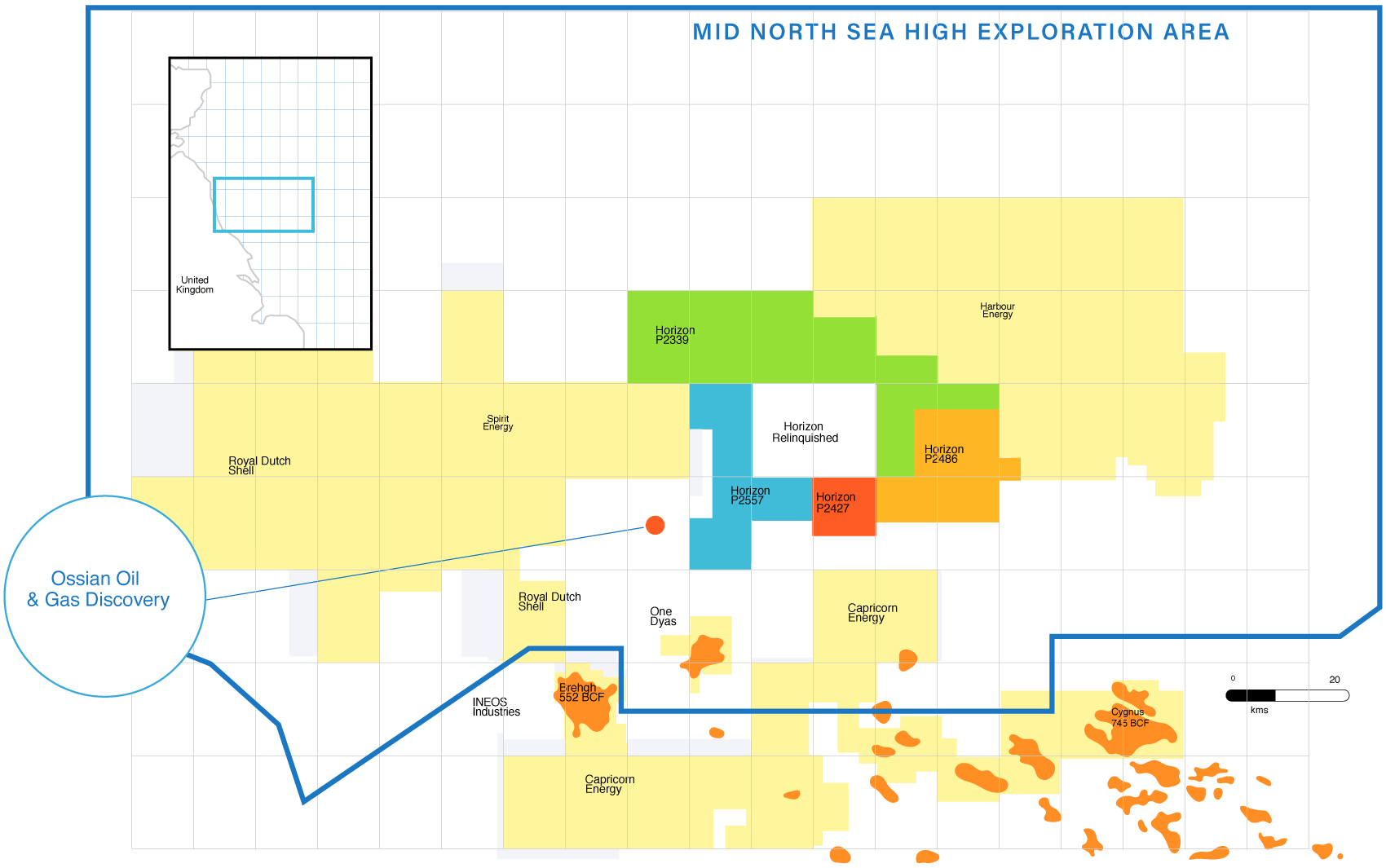 The Company has been the major driving force behind the acquisition and processing of several recent, extensive multi-client 3D seismic surveys in the MNSH area, and presently has license to over 1,100 square miles of state-of-the-art 3D seismic data covering its entire license position. This data has enabled the Company to confidently map numerous prospects with prospective oil and/or natural gas reserves in excess of 2 billion barrels of oil or oil equivalents.

Although the primary geological objective is the Zechstein Haupt Dolomite, additional deeper prospective objectives exist in Carboniferous and Devonian-aged sandstones and carbonates.  Recently, the Company settled on the first prospect it intends to drill in late 2023 and is conducting requisite planning and other activities to prepare for the commencement of drilling. The prospect is referred to as Dabinett.  Dabinett contains mean prospective oil resources of 200 million barrels of oil or, if natural gas, 850 billion cubic feet. The prospect resides in shallow water (~ 100 feet) and the targets are situated at subsea depths between 7,500 and 9,000 feet. Dabinett is located less than 10 miles from a recent oil and natural gas discovery in the Zechstein.

The UK has an excellent fiscal system for oil and natural gas exploration and is a proponent of exploring for and developing oil and natural gas resources in accordance with the country’s net-zero targets. In a 2021 study conducted by Rystad Energy Consultants, the conclusion was that the UK offered operators the world’s most profitable conditions in the development of large offshore fields.  Additionally, the Russian invasion of the Ukraine and subsequent reduction of oil and gas exports to Western Europe mandate an increase of North Sea oil exploration and production to ensure and enhance energy security.